Fear is a powerful thing

All I do know is as we age, the weight of our unsorted baggage becomes heavier . . . much heavier. With each passing year, the price of our refusal to do that sorting rises higher and higher. . . . Long ago, the defenses I built to withstand the stress of my childhood, to save what I had of myself, outlived their usefulness, and I’ve become an abuser of their once lifesaving powers. I relied on them wrongly to isolate myself, seal my alienation, cut me off from life, control others, and contain my emotions to a damaging degree. Now the bill collector is knocking, and his payment’ll be in tears.

If I were eloquent enough, these words could be mine for all I learned about myself in the recent past. But they are the words of Bruce Springsteen, recently published by Esquire magazine in a lengthy and fascinating interview 1

Many people out there deal with problems of these sorts, be it depression or anxiety, all those small safe spaces and protective reactions we create as defenses, mainly while we have no idea what we are doing, i.e. as children or teenagers. The foundations we lay then, often enough come tumbling down on ourselves later in life, when we are not sorting the stuff from those times in time and it while the problems with these behavioral patterns may not be visible on the outside, they fester and eat us up from the inside.

For me to say it in Bruce’s words: The bill collector did not only come, but he stayed and collected for quite some time.
But I am still in a very gifted position to have been able to shake the majority of the impact in a relatively short amount of time. My sympathies go out to all those who struggle (seemingly) endlessly and with no hope of recovery in the foreseeable future. Especially to dear friends, who know almost everything about what haunts them and still can’t put it at rest.

I just caught a glimpse of what happens, when you lose your balance and get to experience how something buried deep within yourself plays you as if you were a remote-controlled toy car on a real highway with everything around you being 10 times your size, weight and speed.
For weeks I did not really sleep. 3 to 4 hours a night maximum, waking up in the night and crying for hours.
My new doctor saw me getting proper drugs for enhancing my sleep and for handling the panic attacks. I got control over those after a few weeks and until now they have hardly reoccurred. (see my recent blogpost for that…)
But I knew even with finding back into old sleeping patterns, the problem would not be solved. It would take some efforts to identify and locate those patterns and I flung myself into that with all the force and speed that most of my friends know me for.
Luckily I found a therapist quickly and my fantastic sorceress helped me such a great deal with pointing me in the right directions ever again. As she was at the very center of my unwanted and terrible behavior I cannot thank her enough for still being with me. I love you. <3
I am grateful for all the efforts of my warrior princess, supporting and caring for me whenever needed and necessary while fighting her own demons bravely. Love you too <3
To the boy for being the best friend, I could ṕossibly wish for.

My therapist suggested checking childhood pictures with my parents (of which there were surprisingly few) but my attention got caught with this one and several others with a similar wary expression.
Distance. And fear. This kid is beyond trust. From continuous monitoring and writing came conclusions and peel by peel I managed to carve out the underlying principles of my life in that period of time. Why I hid so many of my feelings and learned to not care about my needs…

It was not a fun trip and it took me quite a while to not only forgive myself for what I had done in the last 1,5 years but also to accept that kid I was. I am working on providing the comfort and emotional security I did not get as a kid.
I heal.
Slowly but progressively and I am quite positive about the future. Today I can stand the kid above looking at me.
Because I understand. 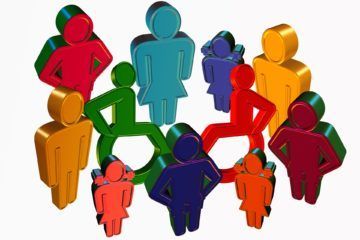 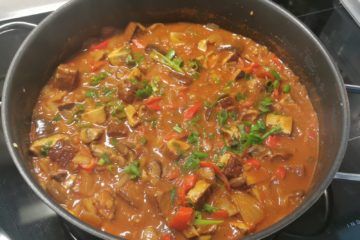